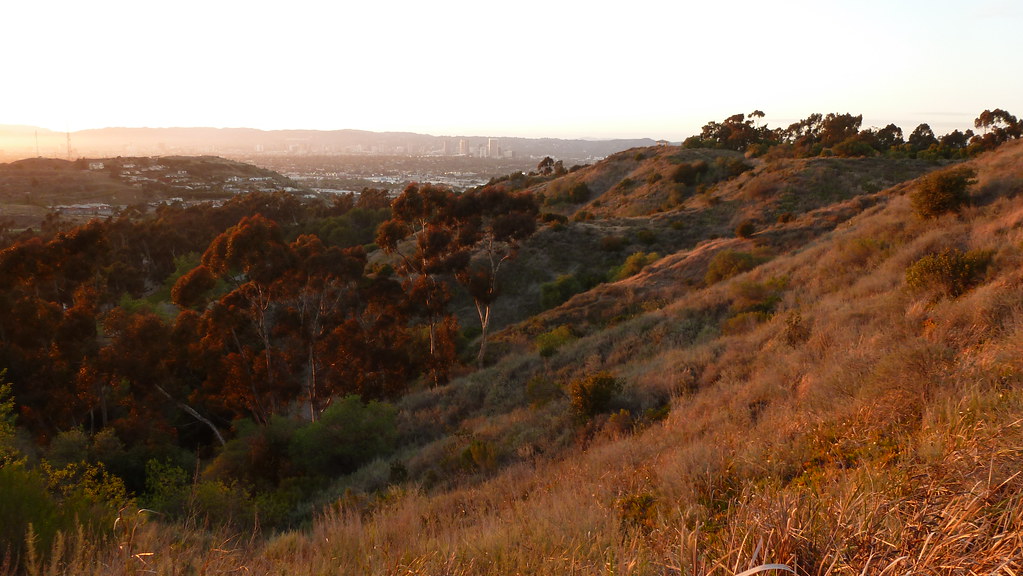 Kenneth Hahn Park sits within the Los Angeles basin, half of a cluster of hills bisected by La Cienega Blvd. The western side is an oil field. The eastern side is broken into a maintained city park and something vaguely resembling wilderness, all of it surrounded by suburbs, homes, retail outlets and light industry. Trails run up into the hills, with benches at scenic viewpoints making it possible to have a picnic lunch while you look across the basin to see — depending on which viewpoint and how clear it is that day — Downtown Los Angeles, Hollywood, Santa Monica, the South Bay or the Palos Verdes Peninsula.

This is somewhere along the trail on the western side of the hills, looking north through the valley. I believe the line of buildings in front of the Santa Monica Mountains is Wilshire Blvd. 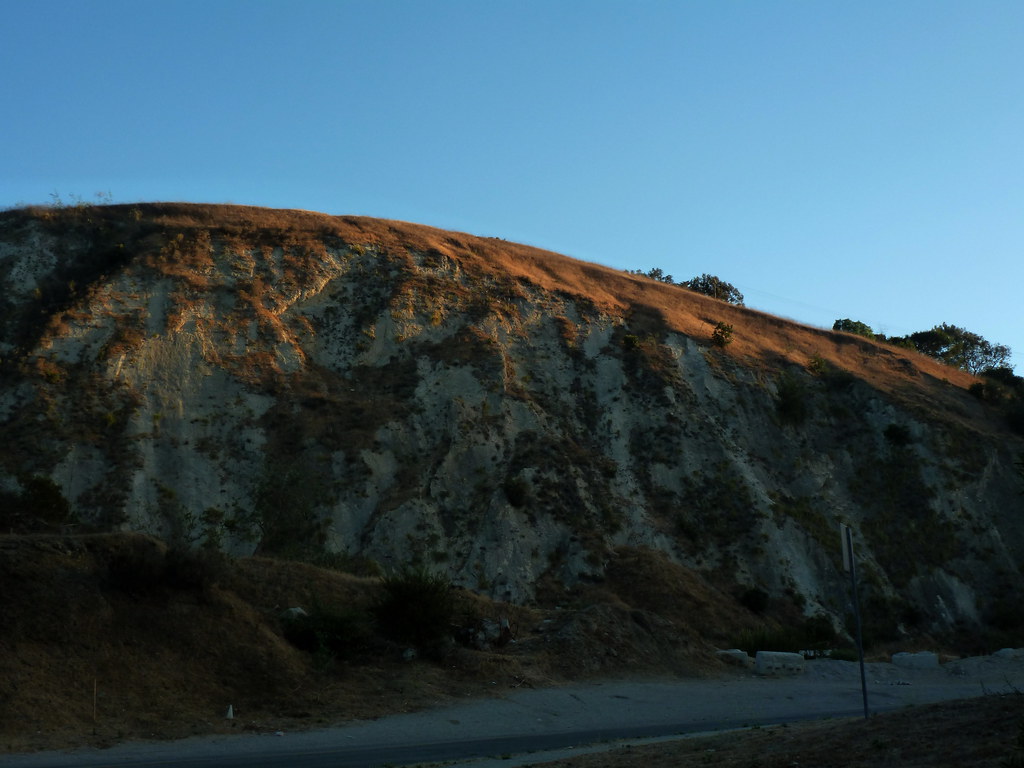 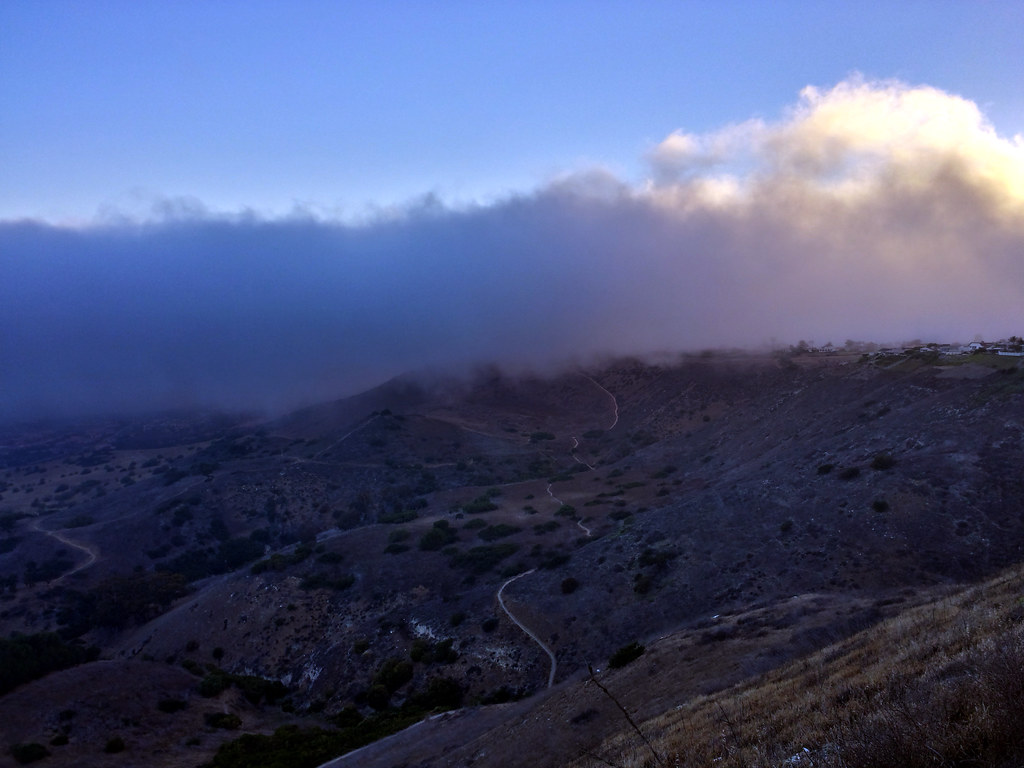 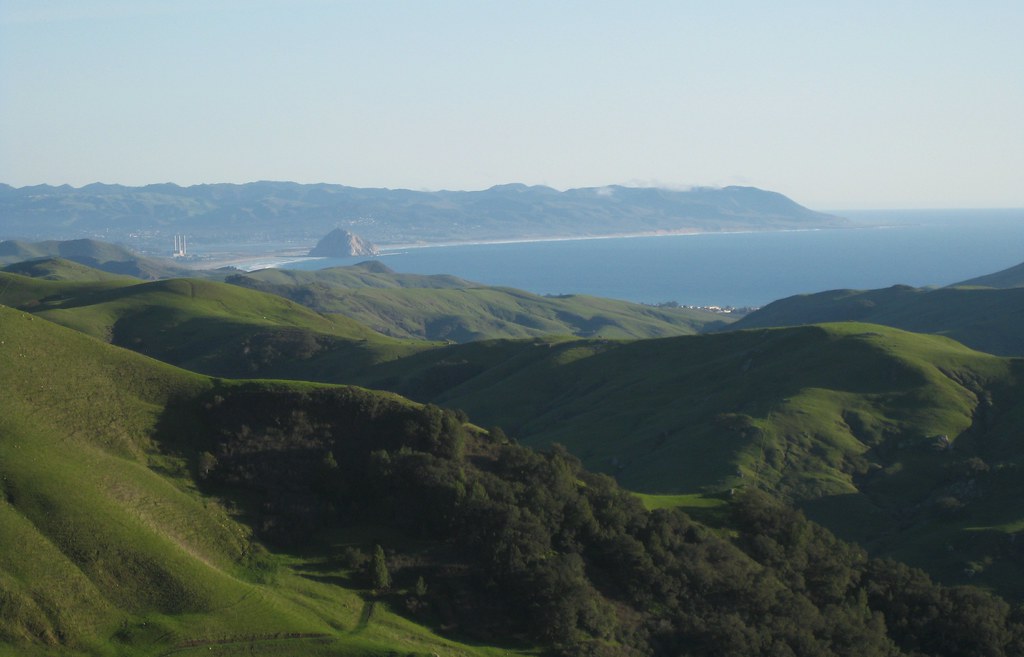 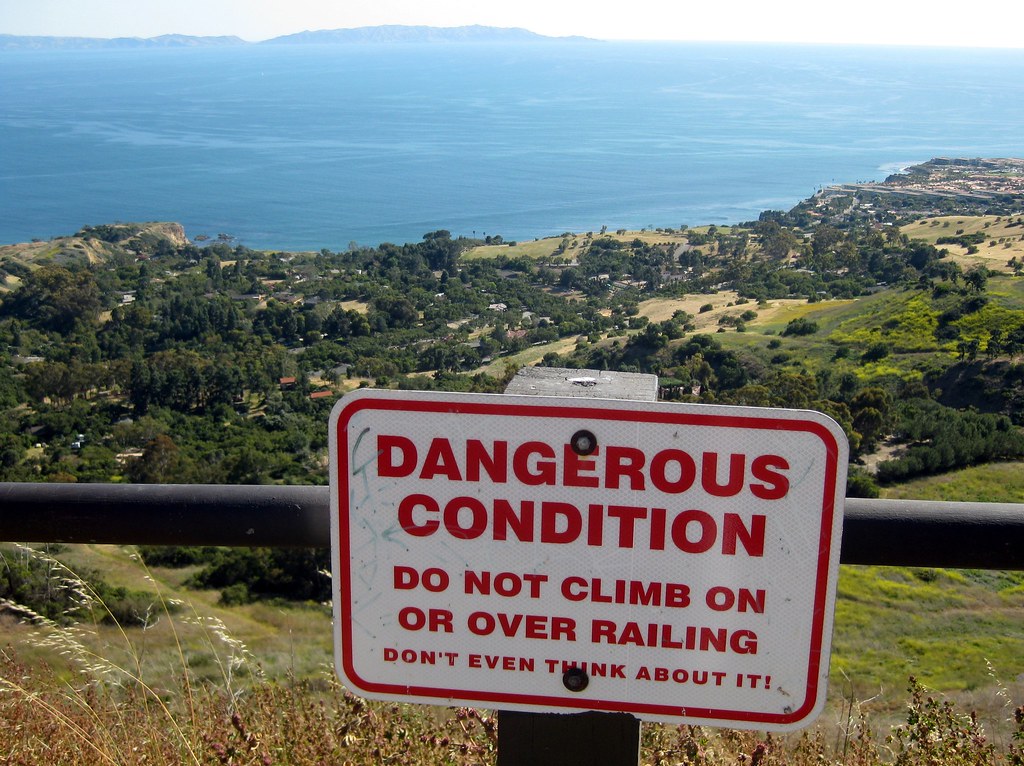 I couldn’t decide between these two photos for the latest photo challenge. The first is a warning sign at the edge of Del Cerro Park in Rancho Palos Verdes. It’s a part up at the top of the hill, ending in if not exactly cliffs, a steep drop hundreds of feet down as the hills roll toward the ocean.

“Danger” signs are a dime a dozen. It’s the “Don’t even think about it!” that struck me as photo-worthy.

As for this second one, it’s not so much the sign that I found interesting as the fact that the bird looks like it’s staring at it, dismayed.

“Gee, I hope this doesn’t apply to seagulls, too!” 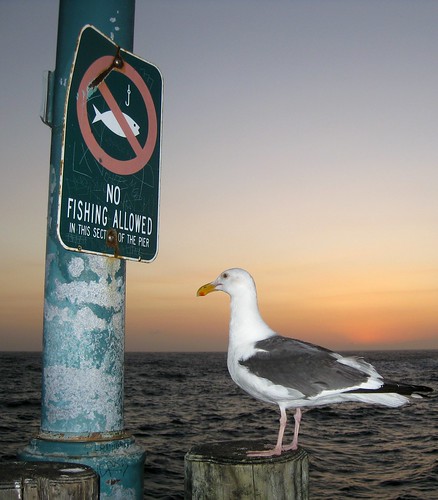 I collect pictures of funny/odd/interesting signs at K-Squared Ramblings, so if you’re interested in more, head over there for a look. 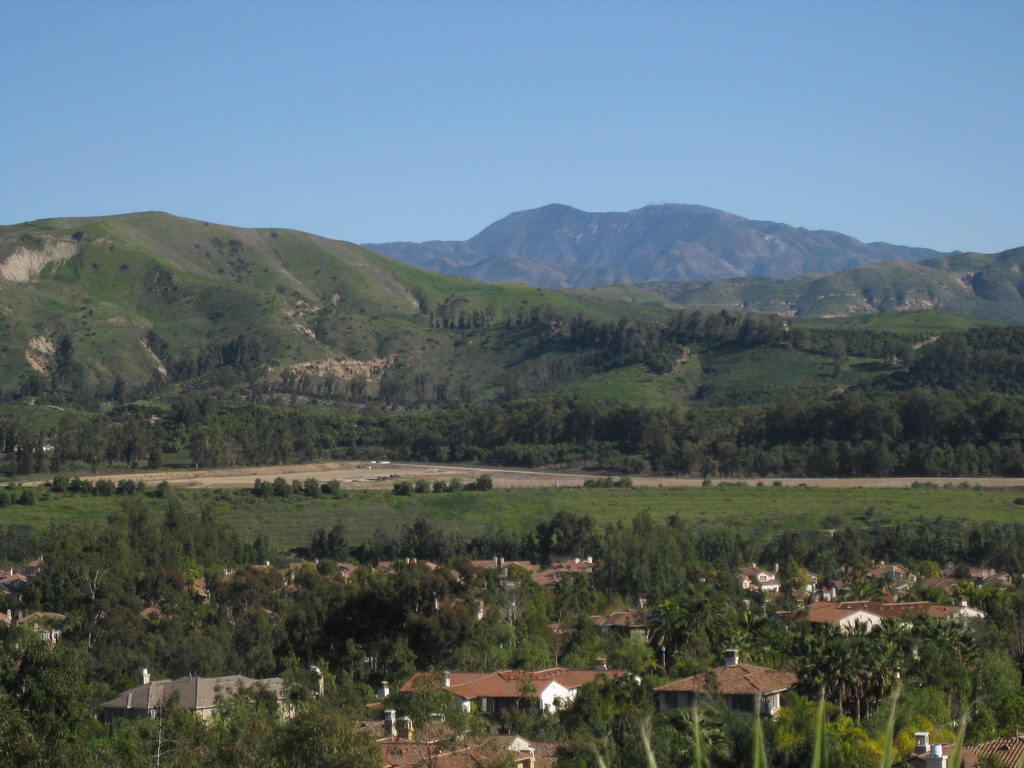 Today is moving day. I’ve spent most of my life in Orange County, where the eastern skyline (when not blocked by trees and buildings) is dominated by the Santa Ana Mountains. The two highest peaks, Santiago Peak and Modjeska Peak, are known locally as Saddleback because of the shape they form together.

We’re not moving far — just to the South Bay — but it’s going to be weird not seeing this landmark on a day-to-day (well, non-smoggy day-to-day) basis. You can see it from that far away, but it takes a very clear horizon and a very clear sky. On a good day I can just make out the silhouette from LAX.

This shot was taken in Lemon Heights, where you can (usually) see a lot more than just the silhouette.

Looking roughly southeast on the side of Santiago Canyon Road, somewhere between Irvine Lake and the turnoff for Silverado Canyon. The peaks of Saddleback, with a dusting of snow barely visible at larger sizes, are shrouded in clouds.

Looking roughly north from Santiago Canyon Road, somewhere between Irvine Lake and Silverado Canyon. I think this was near the point where the road passes over the creek.

In the larger image size, you can see that the rock layers in the hill at the center are tilted diagonally.

Dam and Valley at Santiago Oaks, originally uploaded by Kelson.

Looking up the canyon from a hiking trail.