A few years ago I visited Hearst Castle on a trip up the California coast to San Francisco. The “Castle” is actually several elaborate buildings up on top of a hill overlooking the ocean, surrounded by the Hearst Ranch. If I remember correctly, this stairway wasn’t actually part of the tour, but opened up next to our route, and I paused for a moment to take a look and a picture. No doubt it leads to a wine cellar.

Response to the “Depth” photo challenge.

Taken in February 2009, just after the rains came through and turned the hills green. 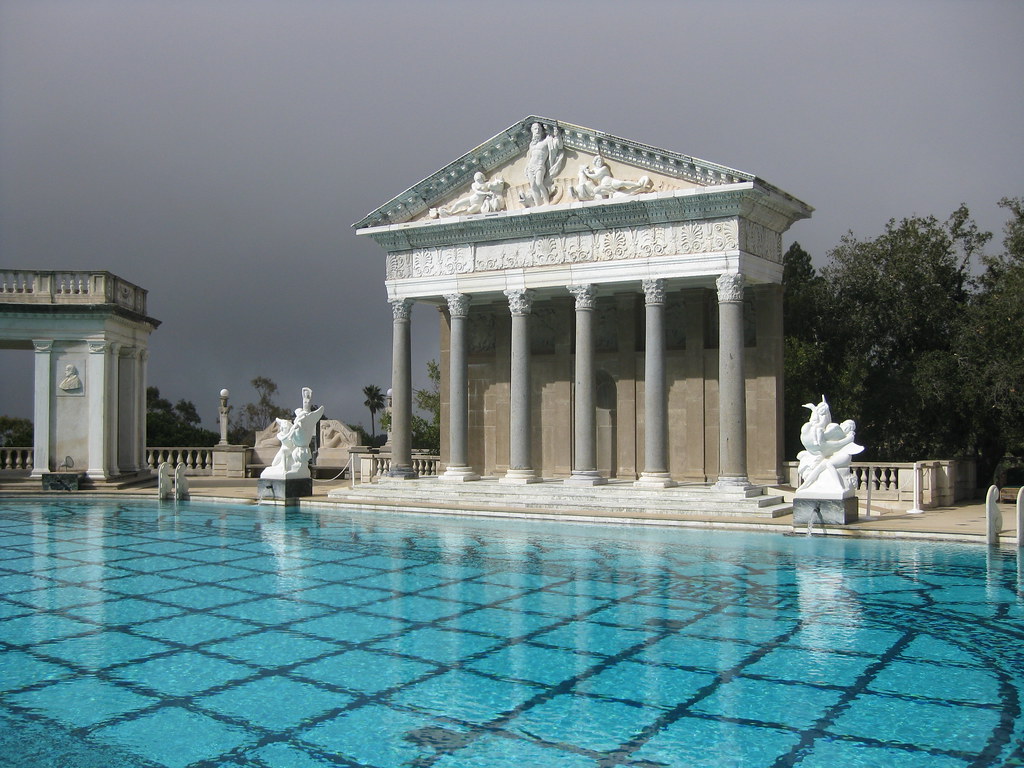 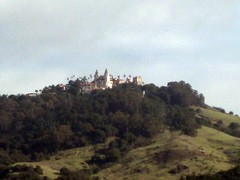 This was at least the third time I’ve been to Hearst Castle, and the second time as an adult. I vaguely remember visiting when I was eight, or ten, or somewhere around that age. Years later, in 2008, my wife and I planned a trip to San Francisco and decided to do it in stages, including a stopover at Hearst Castle. We only had time for one of the four tours, so when we planned another trip this year, we made sure to include another stop in San Simeon. This time we had a little more sense of how much time was involved, and managed to fit in two of the remaining tours.

At some point, we need to head back during spring or summer when they’re running the garden tour.