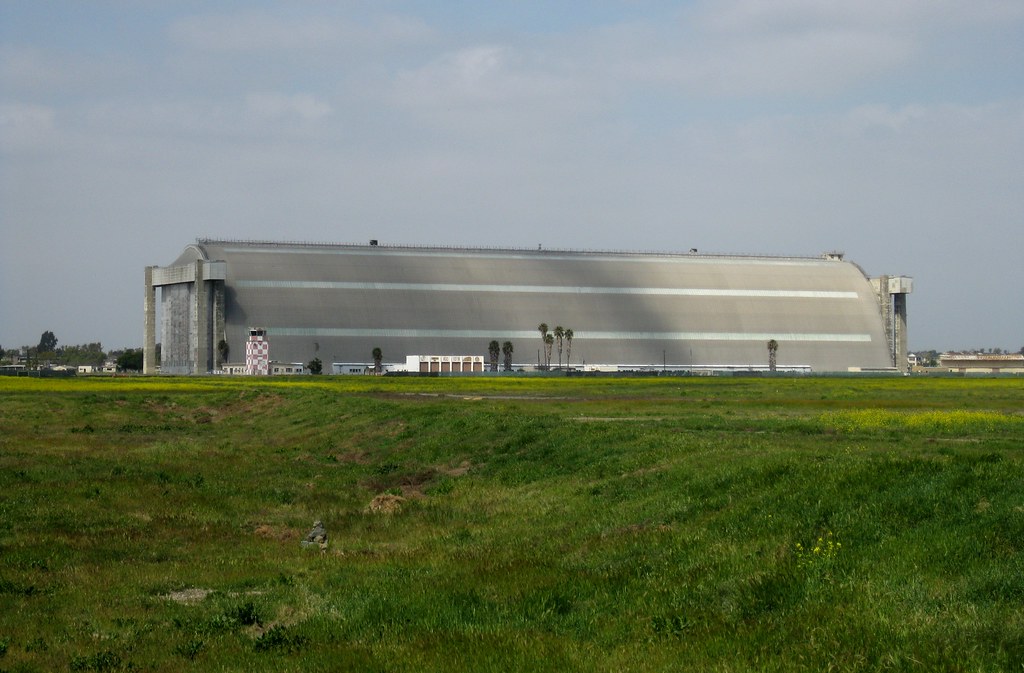 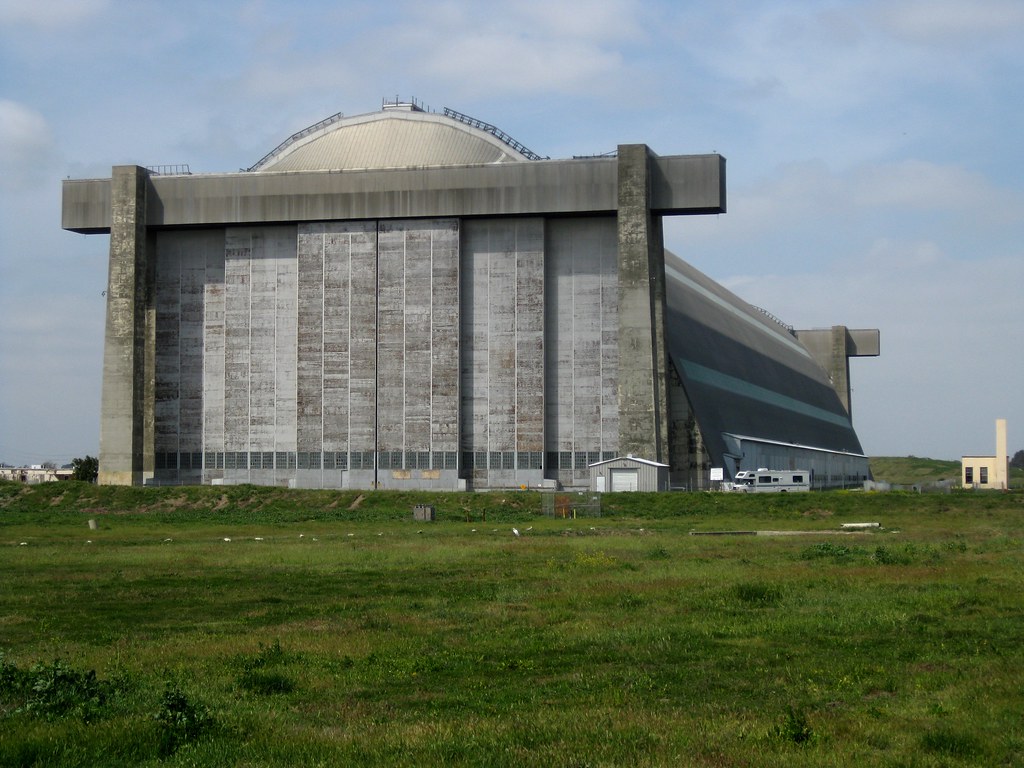 Sunset seen through the smoke of the August 2009 Los Angeles-area wildfires. IIRC this was taken from Jamboree Road, between Tustin and Irvine. 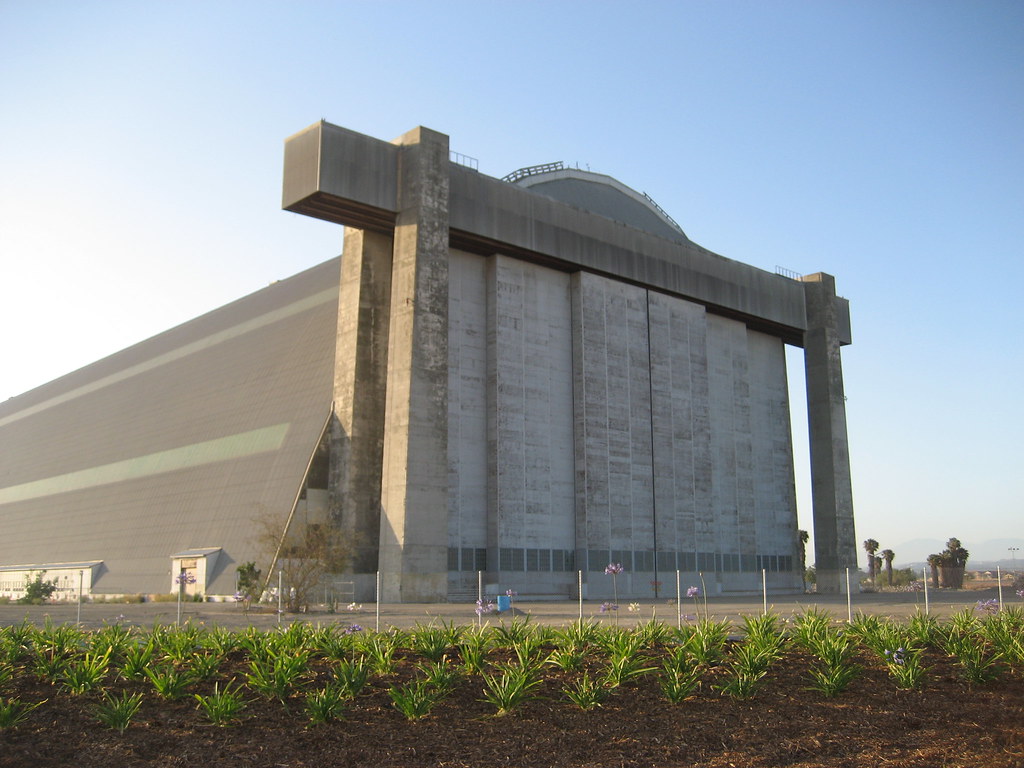 One of two historic blimp hangars located on the former Marine Corps Air Station in Tustin, California, in the center of Orange County and not far from Irvine.

These were built for Navy(?) surveillance aircraft during World War II and remained in use until the base was closed in the 1990s. They’re gigantic structures, holding some sort of record IIRC, but from what I hear no one has come up with a plan to preserve them, and both are supposed to be demolished.