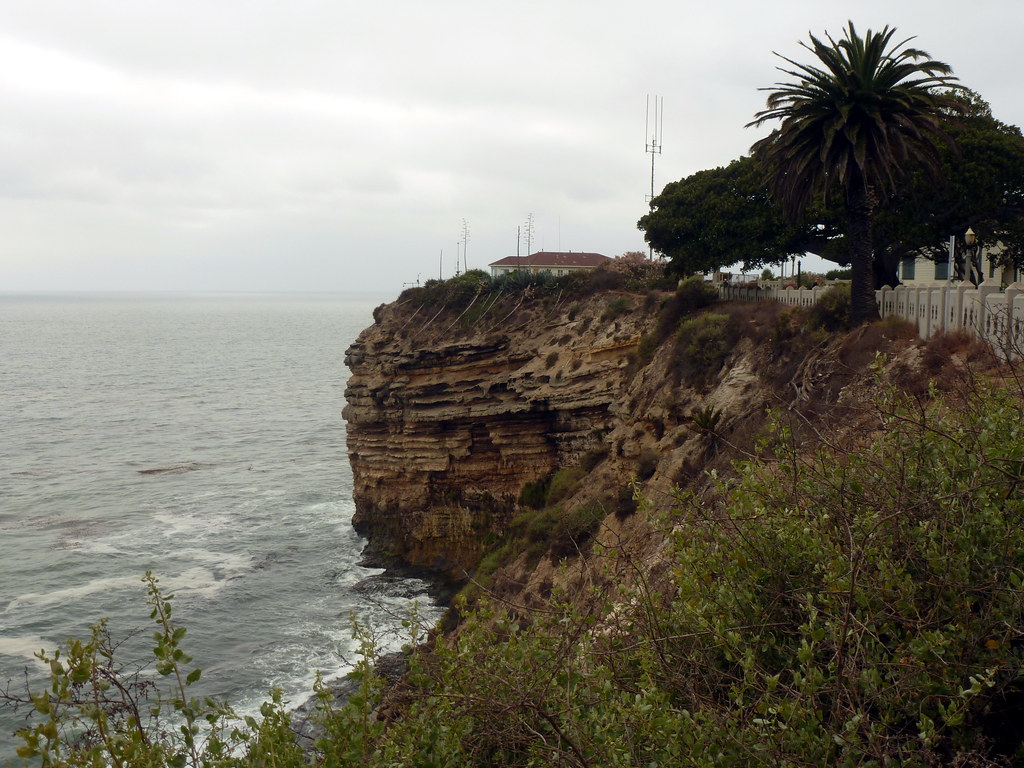 The Palos Verdes peninsula sits at the southwest corner of Los Angeles. Parts of it are built up in old, grid-style suburbs. Other parts are of the more modern, winding type. And still other parts remain open space, due in part to the unstable geology of the area. Parts of Portuguese Bend are sliding toward the ocean, requiring frequent repairs of the main road along the coast. Way back in 1929, a housing development began sliding into the ocean. Abandoned now, the area remaining above land is known as the sunken city.

Adjacent to those ruins is Point Fermin Park, an ordinary city park that sits atop the cliffs. The Point Fermin Lighthouse (previously featured here) looks over the sea, and a fenced walkway runs along the length of the cliffs.

Looking out here, you can see the layers of rock, and understand how parts of the point could just slide away. The warning signs on the fence don’t surprise me, but I have to wonder just who would want to climb out there.

2 thoughts on “Layers by the Sea”