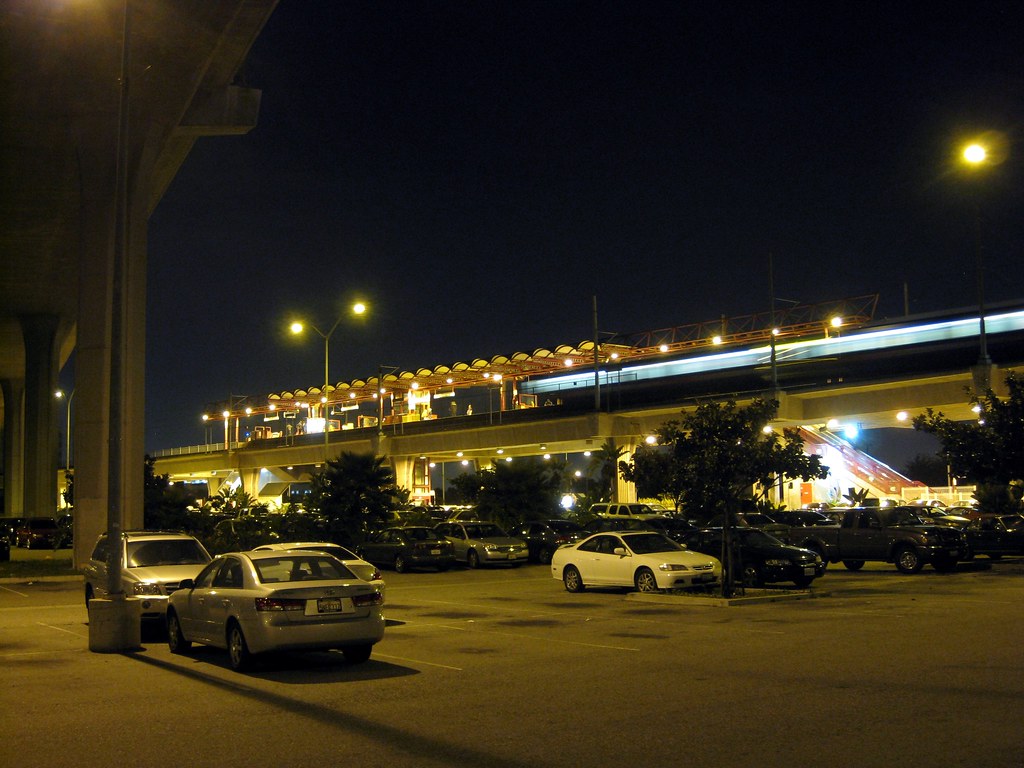 I haven’t really kept up with this photoblog since moving day, two months ago. I’ll try to get back on track with a new post each week.

This is Aviation Station along the Los Angeles Metro Green Line, the closest station to LAX. (It doesn’t actually stop at the airport, but you can take a shuttle bus.) It’s also the nearest stop to my office. Before I moved, I’d sometimes take the train up to this point and a bus the rest of the way to work.

One night I was working late and missed the bus. Somehow convinced that the next one wouldn’t be by for an hour, I decided rather than sit and wait, I’d walk the mile and a half to the station. Three or four buses passed me, so it didn’t save me any time, but it was interesting to watch the planes line up for landing, and I caught this view of a train leaving the station as I was arriving.